Check Out These Sneak Previews from Short Story Criticism: Volume 214

The flag of Morocco. Bowles, an American expatriate, wrote about Morocco in his stories. Public domain image from Wikimedia Commons.

Paul Bowles was known as an American expatriate author and traveler who wrote short stories about powerful encounters and failed communication between cultures. Although he initially viewed travel as a remedy for his own cultural malaise, his stories, written in spare prose, reveal the grim reality faced by those who expect exotic escape but find only indifference, cruelty, and violence. Bowles spent nearly half his life in North Africa, recording the cultural practices of native groups. He wrote with a sense of dislocation inspired by the daily reminders of colonialism in the region, a legacy that led to uneasy relationships between Western visitors and the native inhabitants who reluctantly functioned as guides. He captured this experience with acuity in The Delicate Prey (1950) and The Time of Friendship (1967), collections in which characters who assume a position of superiority over native peoples not only fail to understand folk rituals but often become, in a twist on the colonial narrative, unwittingly assimilated into the local culture. Bowles’s most thorough explorations of North African folk culture can be found in A Hundred Camels in the Courtyard (1962) and Things Gone and Things Still Here (1977), which examine the interaction, conflict, and often incongruent integration of occult practices and modern politics. In these stories, Bowles explores the sociopolitical function of kef—a derivative of cannabis—in the folk rituals of Morocco, where it was outlawed during that country’s modernization efforts. Largely unknown to American readers for most of his life, Bowles has earned high critical praise in recent decades as an important short-story writer of the post-World War II period.

(Read the full 104-page entry in Short Story Criticism: Volume 214. The academic advisor for this entry is Stephen J. Weber at Okanagan College)

Considered one of the most ambitious and erudite of contemporary short-story writers, A. S. Byatt is renowned for her wide-ranging subject matter, stylistic virtuosity, and the relationship between various genre forms in her work. Her stories often blur the boundaries between real life, art, literature, and fantasy, depicting fictional worlds that comment on themselves as they address the complexity of human emotions. Relying on symbolism, allusions, and metanarratives, she has analyzed such themes as loss, identity, the creative process, and the marginalization of women in society. Byatt gained international recognition with the publication of her best-selling novel Possession (1990) and has consistently been praised by critics for her portrayal of the interplay of fact and fiction, her rendering of the fluidity of life, and her use of innovative techniques and subject matter.

(Read the full 99-page entry in Short Story Criticism: Volume 214. The academic advisor for this entry is Bethany Bear at University of Mobile) 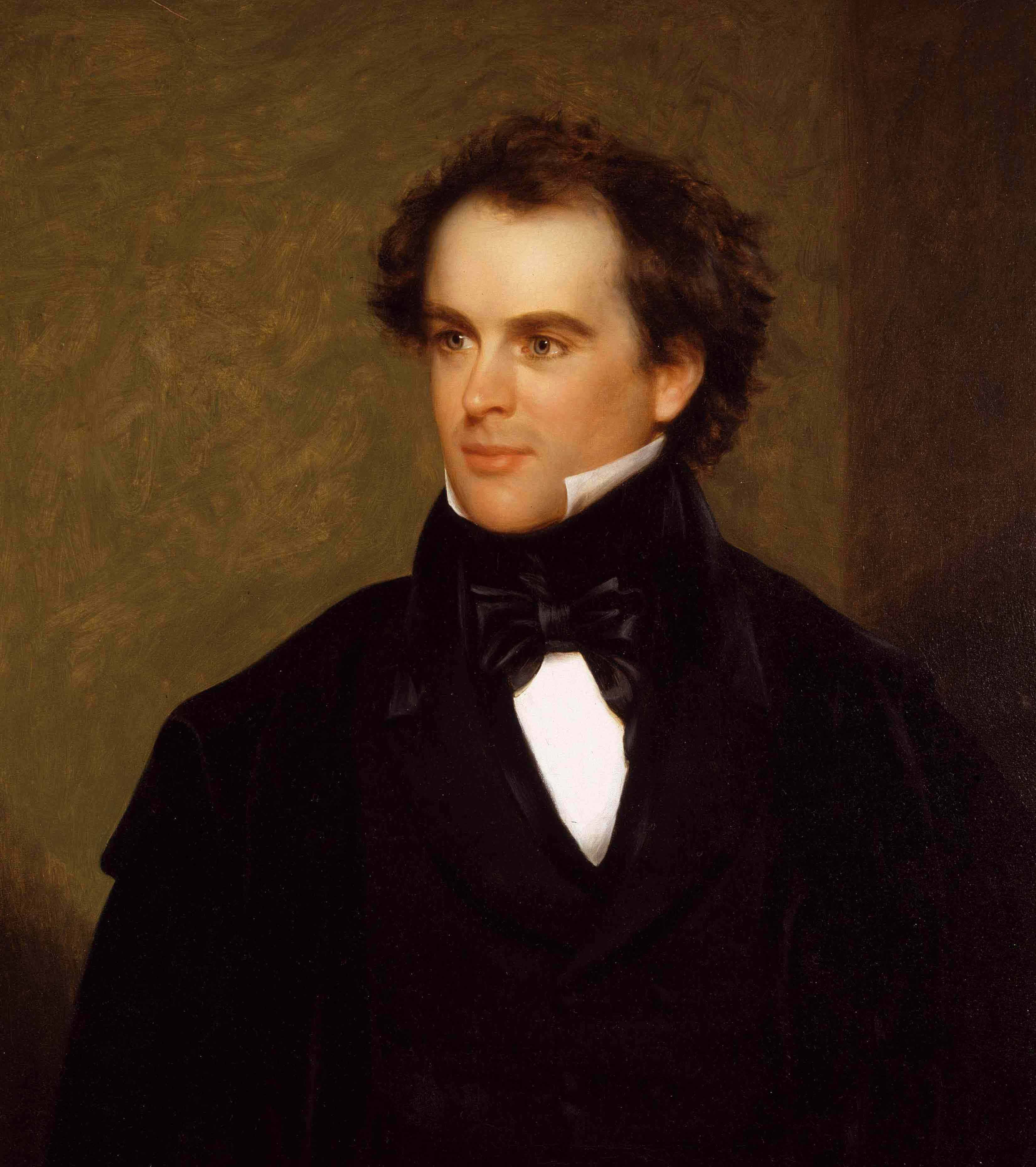 The story of a young Puritan’s traumatic discovery of the evil that is present in all human beings, “Young Goodman Brown,” by Nathaniel Hawthorne (1804-1864), is interpreted both as a study of the mentality of seventeenth century New England Puritans and as a commentary on the religious hypocrisy of Hawthorne’s own society. Through his use of allegory, symbolism, and ambiguity, Hawthorne melds Calvinist theology and early-American history with insight into complex human emotions to portray the tragic predicament of a self-deluded man who becomes estranged from his family, his community, and his church because he is unable to grasp the saving grace of forgiveness.

Originally published in the New-England Magazine in April 1835, “Young Goodman Brown” has long been a favorite of readers and critics alike, and it remains among the most frequently anthologized and studied short stories in American literature. It was written at a low point in Hawthorne’s career, in 1828 or 1829, after the disappointing reception of his first novel, Fanshawe (1828). Hawthorne later included “Young Goodman Brown” in Mosses from an Old Manse, a collection of short stories published in 1846. The story is an important marker in the development of Hawthorne’s career because it anticipates many of the themes that dominated his later works—human psychology, religious doubt, spiritual isolation, and the importance of the historical past.

(Read the full 51-page entry in Short Story Criticism: Volume 214. The academic advisor for this entry is Michael J. Collins at The University of Kent)

Considered one of the innovators and great masters of the modern ghost story, M. R. James was a medievalist and manuscript researcher best known outside the academy for ghost stories he first read at an 1893 meeting of the Chitchat Society, a literary and social club at Cambridge University. These readings proved so successful that they became a yearly ritual during the Christmas holidays, and the author was first convinced to publish them as a tribute to the memory of a beloved younger friend, James McBryde, an artist who had begun to illustrate the stories before his untimely death in 1904, the year Ghost-Stories of an Antiquary was published. Following its success, there appeared More Ghost Stories of an Antiquary (1911), A Thin Ghost, and Others (1919), and AWarning to the Curious, and Other Ghost Stories (1925). A collected volume appeared in 1931. Characterized by scholarly settings; complex framing and distancing devices; the use of historical pastiche and eye dialect; a wry, donnish tone; thick antiquarian detail, and unexpected jolts of sudden horror, James’s stories feature male protagonists whose rational worldviews are challenged by their frightening experiences. His main characters are usually middle-aged academics and antiquarians who, as a result of their innate curiosity as well as a skeptical attitude toward the arcane and supernatural, initiate an investigation into an object that leads to an encounter with the supernatural. The stories are notable for the corporeal nature of their “ghosts,” which are often not so much emanations or memories of the recently deceased as they are the ghostly or demonic manifestations of a haunted material object. Despite the contemporary and ongoing popularity of the stories in his own time, James’s fiction has received relatively little critical attention, although recently scholars have begun to reassess his ghost stories in the context of Victorian-era views of psychology, sexuality, and the nature of historical and academic research.

(Read the full 68-page entry in Short Story Criticism: Volume 214. The academic advisor for this entry is Patrick J. Murphy at Miami University)